Maria Teresa Trentinaglia, junior editor of European Economy – Banks, regulation, and the Real Sector, is a post doc at University of Milan, where she obtained her Ph.D. in Economics. She holds a Degree in Economics from Bocconi University. Her main research interests include financial and economic crises and their impact on the real economy, with a specific focus on institutional rigidity and excess capacity.

The realization of a European Banking Union accomplishes a twofold task: first of all, it is an essential step towards the completion of the European and Monetary Union Project, and then, it is the response to the disruption of the 2007-2008 financial crises. The Banking Union currently applies to all the 28 Member States, covering approximately 6000 banks. Also countries not belonging to the euro area may become members, although no non-euro area country has joined it yet.

The foundation of the Banking Union relies on the implementation of the Single Rulebook, which includes provisions for capital regulation, deposit protection, and for banks’ recovery and resolution.

To implement the Banking Union, three pillars are being gradually introduced: these are setting up a Single Supervision Mechanism (SSM), a Single Resolution Mechanism (SRM), and a European scheme for Deposit Insurance (EDIS). This Section will only focus on the establishment of the SSM throughout the Banking Union, in line with the main subject of this Issue. Further details on the Single Rulebook, as well as on the SRM and EDIS can be found on the European Commission website. Angeloni (2016) in this issue provides an overwhelming description of the foundations of the Banking Union, and specifically focuses on the implementation of the SSM.

The SSM bestows the European Central Bank (ECB) as the central prudential supervisor, ultimately responsible of financial stability and supervision related tasks. Also, the ECB is directly in charge of monitoring the largest banks, whereas national institutions are responsible for the remaining ones.

This single supervision scheme was included in the proposal of the European Commission[1]Available at http://ec.europa.eu/finance/general-policy/docs/committees/reform/20120912-com-2012-511_en.pdf., which conferred specific tasks, in terms of financial stability and banking supervision, to the ECB, thus giving rise to the principle of a Single Supervisory Mechanism. According to this Scheme, officially implemented from January 2014, all the 6000 active banks in the euro area will operate within the supervisory framework defined by the SSM[2]Also banks outside the euro area can partially join the SSM, upon the ECB’s final approval.. Still, supervisory duties can be allocated to different authorities, depending on banks’ size and significance, as discussed later in this section.

The recital of Article 4.2.1[3]Available at http://eur-lex.europa.eu/legal-content/EN/TXT/HTML/?uri=CELEX:52012PC0511&from=EN of the 2012 Council Proposal states that the ECB “will be exclusively competent for key supervisory tasks which are indispensable to detect risks for banks’ viability and require them to take the necessary action”.

On March 2013, a political agreement was reached by the European Parliament and Council on the 2012 package. Later in 2013, the European Union formally set forth the creation of the SSM by approving these two regulations: Council Regulation (EU) No. 2014/2013, conferring specific powers and tasks to the ECB, and Regulation (EU) No. 1022/2013 of the European Parliament and Council, establishing a European Supervisory Authority. Article 4 of Council Regulation (EU) No. 1024/2013[4] describes in detail the final specific tasks conferred to the ECB. Among other tasks, the ECB will be in charge of authorizing credit institutions and verify their compliance with existing capital requirements and with provisions on leverage and liquidity. Also, ECB will be in charge of undertaking early intervention measures if banks fail to comply with the above mentioned requirements. Recently, as further described later in this section, a draft regulation, together with a draft guideline for ECB, have undergone a public consultation process.

Although national supervisors will no longer be in charge of financial stability related tasks, they will be assigned with specific and residual tasks that are not contained in the list of tasks to be carried out by the ECB. Also, these national supervisors will perform an integral part of SSM activities by, for instance, preparing and implementing ECB acts, assessing the compliance of new banks’ requests, assisting banks from third countries in the establishment of a foreign branch or subsidiary, and so on.

Despite this task allocation, the Article 6 of the Council Regulation (EU) 1024/2013, on “Cooperation within the SSM”, lays out specific guidelines for implementing cooperation between central and peripheral supervisors. Among others, this article distinguishes between two different sets of banks. Larger and more significant banks, depending on their size, role in the economy, and cross-border activities, will be in fact under the direct supervision of ECB. Less significant institutions will be instead under the supervision of the National Competent Authorities (NCAs). As reported by Angeloni (2016) in this issue, under this single mechanism with a dual direct mandate, 122 banking groups, accounting from 80% of euro banks’ assets, are directly supervised by the ECB. The remaining 3500 banks are instead subjected to NCAs.

The establishment of a single supervisory body will also change the way cooperation occurs between home and host banks’ supervisors. More specifically, banks from the outside the euro area will be subject to both the ECB supervision, acting as a host authority, and the home regulator supervision. Hence, the ECB will have to closely cooperate with foreign national supervisors. To this purpose, Regulation 1024/2013 claims that the ECB and the competent authorities of other Member States shall agree upon a memorandum that includes cooperation guidelines.[4]More specifically, the introductory comment (14) on page 2 claims that “The ECB and the competent authorities of Member States that are not participating Member States (‘non-participating Member … Continue reading As for euro area banks instead, the ECB will act as both the home and host supervisor. 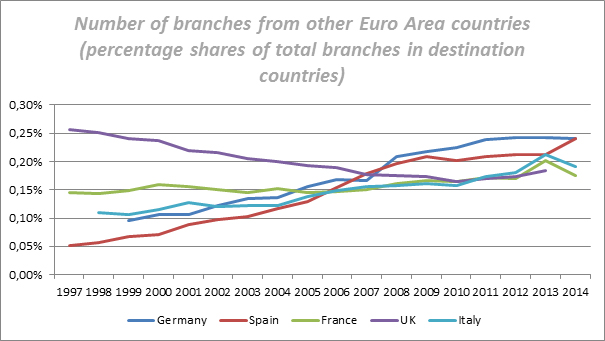 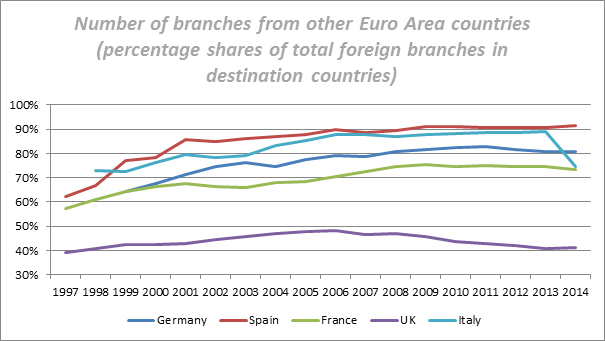 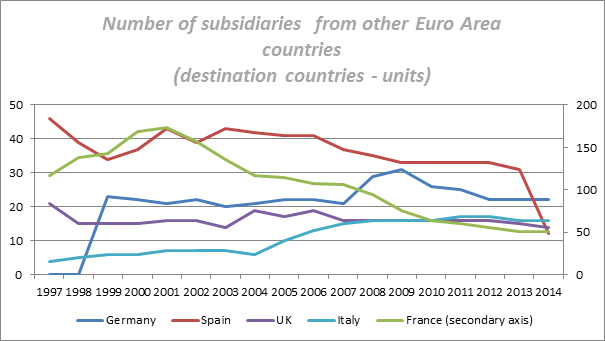 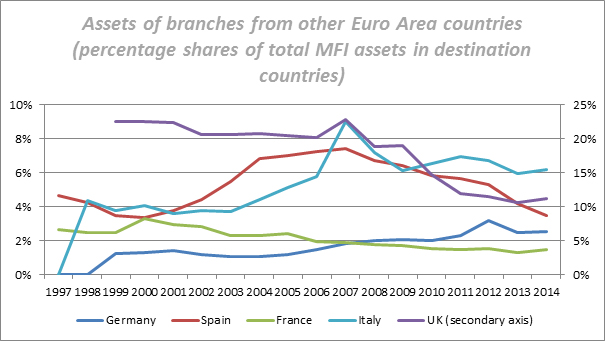 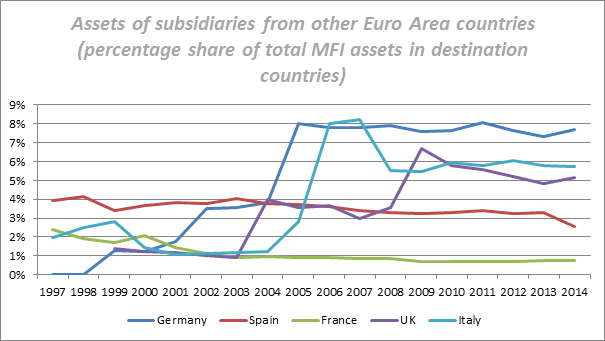 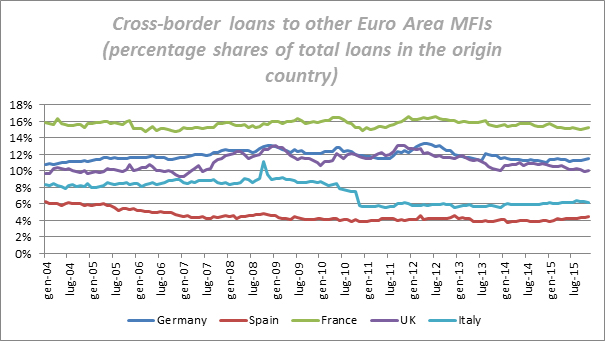 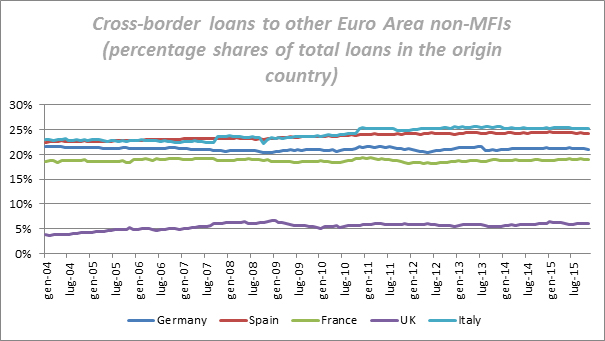 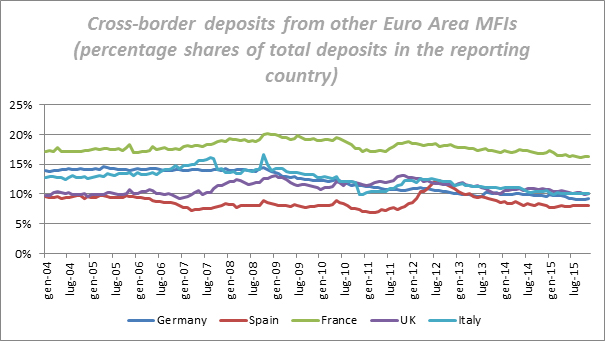 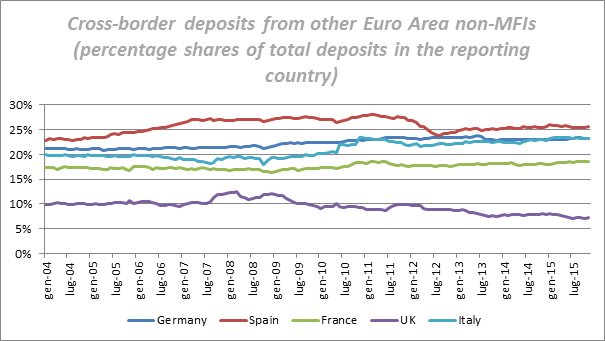 This section of the journal indicates a few and briefly commented references that a nonexpert reader may want to cover to obtain a first informed and broad view of the theme discussed in the current issue. These references are meant to possibly provide an extensive, though not exhaustive, insight into the main issues of the debate. More detailed and specific references are available in each article published in the current issue.

To provide SMEs with an adequate credit flow and access to finance, especially during the recent economic crises, European and national legislators intervened in different ways, with direct financing measures, (public or private) credit guarantees, fostering securitisation of SMEs loans, and adjustments on capital requirements related to SMEs loans.